Biodyssée’s iced teas and infusions result from the infusion of various plants associated with a concentrated natural fruit juice. With a complete control of the dosage, quality, time and temperature of the infusion, we offer you a delicious and healthy drink to enjoy throughout the day. 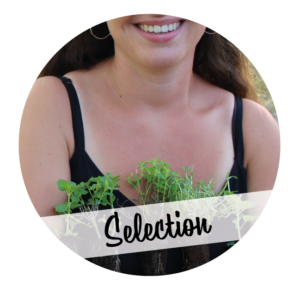 Our iced teas and infusions are made from 100% organic ingredients, from carefully selected and certified plantations to support the economic development of local communities. All of our cold drinks are produced and packaged at our Swiss partner, producer of alpine plants. He owns his own organic lands and fields. 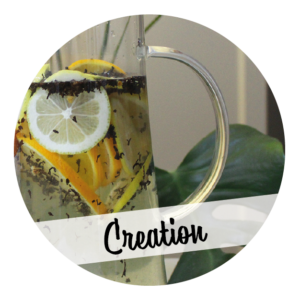 Biodyssée cold drinks are tasty mixtures specially designed to offer a gourmet and refreshing drink with a low sugar level, to be consumed without moderation. Each recipe is made from a concentrated preparation of tea, fruits or plants. Freshly infused teas, fruits and plants are bottled respecting their original natural state, thus offering very high quality, aromatic and low-sweetness drinks. 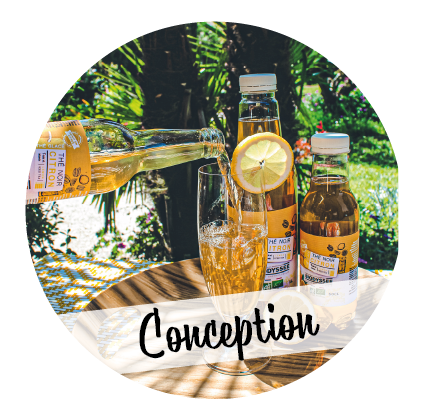 The plants assembled in our recipes are selected upstream according to their aromatic power to bring balance to the mixtures. We combine our creativity with the expertise and excellent know-how of our partner-producer to offer you classic or original drinks from organic farming. Our iced teas and infusions are available in different formats, to enjoy alone or to share with family or friends!

Iced tea appeared in Russia in the middle of the 19th century. It was traditionally served in the street in summer, topped with ice cubes. However, it was not until 1877 that the first recipe for iced tea appeared in Estelle Woods Wilcox’s cookbook, the Buckeye Cookbook. Remained confidential for a long time, the recipe became popular in the early 1900s thanks to Richard Blechynden, owner of a tea plantation who decided because of the hot weather to add ice cubes to taste his tea during the Universal Exhibition of 1904 in the United States. Following this event, the drink became popular in the country and then became essential with the rise of flavored teas.

Today, more than 37 billion liters of iced tea are consumed per year worldwide. While classic recipes still contain black tea with peach or lemon, there are now many herbal infusion recipes that don’t contain tea. These blends are specially designed to provide a refreshing and gourmet low-calorie drink. 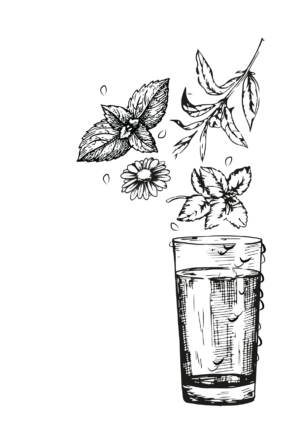 Our goal? Make good organic products affordable for all.

This website uses cookies to improve your experience while you navigate through the website. Out of these cookies, the cookies that are categorized as necessary are stored on your browser as they are essential for the working of basic functionalities of the website. We also use third-party cookies that help us analyze and understand how you use this website. These cookies will be stored in your browser only with your consent. You also have the option to opt-out of these cookies. But opting out of some of these cookies may have an effect on your browsing experience.
Necessary Always Enabled
Necessary cookies are absolutely essential for the website to function properly. This category only includes cookies that ensures basic functionalities and security features of the website. These cookies do not store any personal information.
Non-necessary
Any cookies that may not be particularly necessary for the website to function and is used specifically to collect user personal data via analytics, ads, other embedded contents are termed as non-necessary cookies. It is mandatory to procure user consent prior to running these cookies on your website.
SAVE & ACCEPT